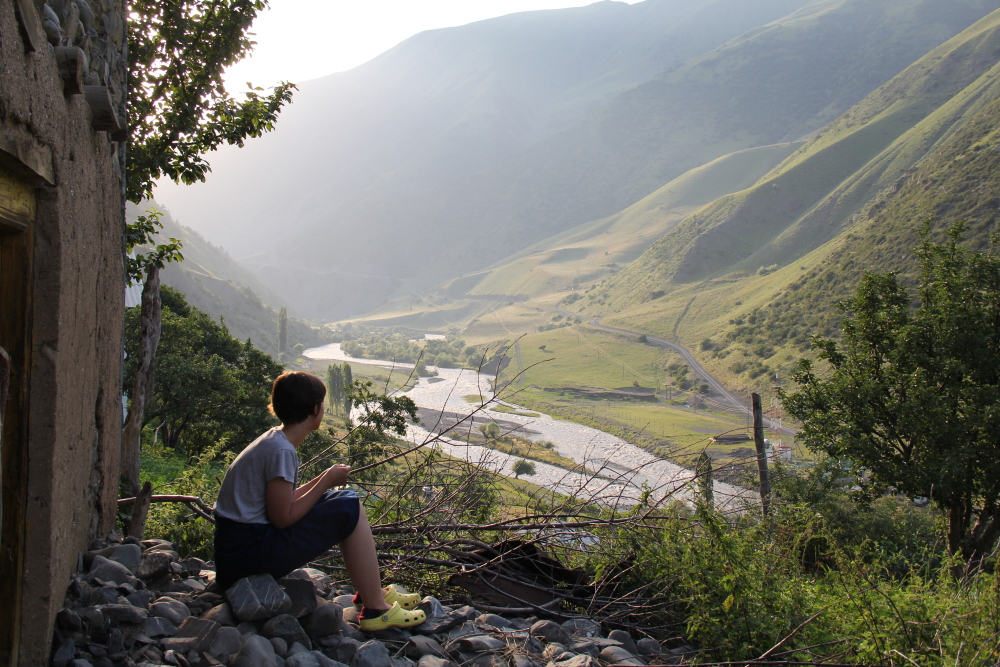 2020 turned out to be special for the laboratory, as it was for the whole world. We were unable to visit the conferences we had planned and, even worse, we were unable to hold the international summer school we were looking forward to. We began to think about how we could maintain the usual level of international exchange, so that despite the isolation, the laboratory would not be forgotten by the scientific community, and so we would stay in shape and not lose our spirit. The idea did not come up immediately, but it turned out to be a successful one.

We organized an open course in English about the main area of ​​expertise of the laboratory - the languages ​​of the Nakh-Daghestanian (also known as East Caucasian) language family. We decided that each lecture should be dedicated to some general topic and provide an overview of the whole family. In addition to the laboratory staff, leading scholars of Daghestanian languages from all over the world were invited to give lectures. Unfortunately, we were not able to invite everyone we wanted - we realized that there would not be enough of us for more than three months, and that we would need a break in between. Perhaps next year we will organize a sequel. Moreover since the course turned out to be very successful: up to 150 people gathered to listen live. Among them were experienced linguists, students, and people who are simply interested in the Caucasus.

We decided right away that we would record the lectures and make them available on the course website, so that it would continue to serve those interested in the region. Since we wanted to reach different countries, the lectures were scheduled for 19:00 Moscow time. This way, participants could join us from  America, including the head of the laboratory, Johanna Nichols, who is currently in Berkeley. Another successful organizational decision was to conduct the lectures simultaneously on the Zoom platform and on YouTube. Zoom creates an opportunity for communication. During the lectures, lively discussions developed in the chat, and thanks to the specialists of different languages who tuned in, the answers to questions were often found even before the lecturer could answer them.

We would like to think that thanks to our course, new explorers of this remarkably interesting region will appear.

As a general linguist and typologist with Kartvelian languages as one field of specialisation I didn't want to miss the opportunity to learn more about the fascinating language area from experts that one would otherwise only be able to meet in one spot at a conference or summer school. It also allows to get into contact and discuss matters. The lectures present unique and compact overviews over the languages and their relevant linguistic features and create a vivid picture of the language structures. The Caucasus is of special interest to linguists because of its language density as well as phenomena which you don't have in Europe otherwise, e.g. ergativity (except for Basque, of course), polysynthesis and special phoneme inventories, and the introduction to the topographic background helped to understand the situation of the languages. I appreciate very much not only that you organise such an excellent lecture series, but also that you invite interested people from everywhere to attend.

As someone who is somewhat familiar with the broad picture on Caucasological studies, it was, of course, a great opportunity to get to hear from established scholars like Drs. Dobrushina, Nichols, Daniel, Forker, Maisak, Chumakina and others whose work I've admired, as well as upcoming new researchers in the field. The lectures were splendidly organized. They were certainly rigorous given the technical nature of the field, but also accessible enough that anybody with some familiarity with linguistic terminology could follow along. Each lecture was kept as lucid as possible, with ample textual examples for the audience to come to grips with the specific typology characterizing this language family, and leaves very little to criticize. I also appreciated how the stage was set with the unique sociolinguistic picture of Daghestan in the first lecture by Dr. Dobrushina and a little historical survey of the family by Dr. Nichols in the second lecture before diving into the morpho-phono-syntactic details from the third lecture onward. While the lectures stand on their own, the ordering definitely helped to contextualize the family for those of us who are not from the Caucasus and have not been there. I also found it helpful that we could attend the lecture with experts in other Caucasian families (like Dr. Arkadiev for Abkhaz-Adyghean and Dr. Wier for Kartvelian, among others) who bring excellent comparative perspectives to the lectures.

I would love to thank the whole laboratory for this great course in Daghestanian languages. Since I am Georgian, I studied some traditional approaches in Caucasiology. Thus, I have some basic knowledge about the structure of the Daghestanian languages. still, my wish was to keep myself up-to-date about the situation in the field, follow the recent activities and enrich my linguistic knowledge. Besides this, Daghestanian languages are so fascinating, that I think every linguist, independently from their linguistic belief and school, need and must acquire basic descriptive and typological knowledge about the Caucasian languages in order to broaden their linguistic scope and outlook. The whole course keeps me updated to the field, and every time I look forward to seeing all of you online and listening to the rare linguistic lectures

This course provides unique insight into the typology of Nakh-Daghestanian languages, which one is unable to receive when studying one or even several grammars of Caucasian languages. Each lecture is given by an expert from the field, who are (crucially) affiliated with a wide range of research institutes and universities. Because of its wide range of topics, fieldworkers, typologists and all other varieties of linguists, regardless of their previous knowledge of Caucasian linguistics, can appreciate the wealth of knowledge provided by this lecture series.

My main reason for taking interest in the Linguistic Convergence Laboratory's series of lectures is that as a Caucasologist and linguist who has focused primarily on the Kartvelian language family, I feel too often the study of Kartvelian has been done in isolation from the other two autochthonous language families. Historically Georgian linguists often considered any apparent similarities to be due to a phylogenetic relationship, so-called Ibero-Caucasian, rather than language contact or simply typological trends. Most linguists outside the Caucasus reject Ibero-Caucasian as a legitimate phylum (rightly, I think). However, I think the same academic isolation is true from the perspective of Nakh-Daghestanian scholars, who often do not know enough about the literature on Kartvelian to sense or identify points of contact between the peoples. So public lectures like this help all of us by making research about this region publically available in a common academic language, English, as well as from scholars who are among the best in the field. They make it possible to see areas of language contact and typology that might have otherwise become siloed into language-family-specific literature. I very much appreciate the work these scholars are doing on this amazingly diverse and typologically challenging language family!

My impression thus far is that this is a very ambitious project. There is a great amount of depth, and I really appreciate the lecturers having widely read the available literature. I appreciated Denis Creissel's honesty yesterday in admitting that since he hadn't investigated a particular language, that he couldn't comment adequately on the question at hand. I think the initial lectures by Nina Dobrushina (sociolinguistics) and Johanna Nichols (overview of features and geographic distribution) were great. The breadth of topics is wonderful. Lastly, I would like to say, I wish I knew Russian as well as you folks in the HSE know English!!! I have fairly strong BICS in Russian, but I would like to do my best to obtain more mastery of CALP.