Article
Avoidance of cognitive efforts as a risk factor in interaction

From February 3 – 6, 2015, students from the HSE took part in the Winter School on Jewish Studies organized by SEFER, a Russian-language centre for university teaching of Jewish studies. The School brought together people who study the Jewish culture, the Yiddish and Hebrew languages. Elizaveta Kuzmenko, a 3rd-year student of the School of Linguistics, told us about her participation in it.

“I came to the School as part of a delegation from our Research and Study Group for Creating Corpus Tools for the Yiddish Language. The delegation also included Elena Luchina (1st-year master’s student) and Alexandra Martynova (2nd-year undergraduate student).

The programme of the school consisted of nine courses about the history of the Jewish people, the language situation in Israel, and the Jews’ position in the global community. Each course was short, but very intensive. I attended the lectures by Ilya Lurie, an expert in the history of Jews, who spoke about the history of the traditional Jewish community and how it has adapted to the modern world. Mikhail Maizuls (lecturer of anthropology at RSUH) read a remarkable course on the depiction of Jews and Christians in medieval Christian iconography. And probably the most interesting and unusual element was the course by Justyna Chaya, a cinema researcher from Adam Mickiewicz University of Poznan, where we analyzed how the Holocaust is depicted in mass culture, such as movies, books, and even comic books.

As part of the Winter School we also had the opportunity to communicate with our colleagues who study Yiddish (in Yiddish, of course), discussed the summer expeditions, where we’ll be able to talk to native Yiddish speakers and discussed the future of Yiddish studies and other global studies. 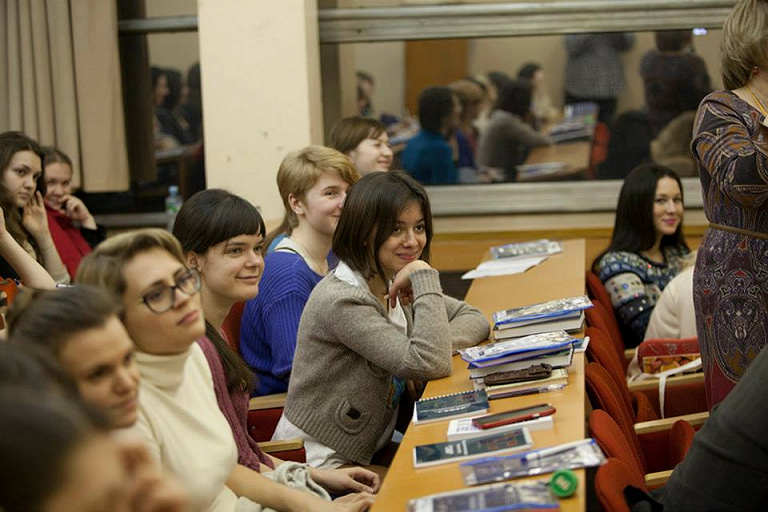