From February 4 to March 20, the School of Linguistics hosted a series of lectures on the foundations of language evolution. The course was read by Damian Blasi, the member of Linguistic Convergence Laboratory, an author and co-author of works on fundamental problems in creole linguistics, linguistic symbolism and the history of linguistic diversity. In his lectures Damian Blasi considered both the main aspects of the theory of the language evolution, as well as more narrow topics, such as the structure of animal communication systems and their differences from human language, the time of the speech appearance in humans, biological and genetic foundations of language ability, multilingualism, and models of linguistic evolution.

The first two lectures introduced the basics of the linguistic evolution theory and its history, from the theories of the connection between language and culture by Humboldt and Sapir to the innate grammar of Chomsky. The focus was on how modern evolutionary linguistics addresses the issue of the interaction between language and other cognitive systems, as well as the possible motivations of the origin of language and linguistic complexity. Among the possible motives for the emergence of language in humans, the need for a ‘contract’ in long monogamous marriages and a long childhood of human babies were considered in more detail.

Lectures 3 and 4 described natural communication in animals (from birds to great apes) and the extent to which other animals, in particular apes, can be trained in human speech. A series of experiments in teaching American Sign Language to chimpanzees show that they are capable of mastering the vocabulary of sign languages but their language never reaches the same syntactic complexity as human speech. In the same section of the course, a possibility of the language among other representatives of the genus Homo, in particular Neanderthals, was considered. The study of the remains of Neanderthals suggests that they had a sufficiently large brain, an auditory system adapted to speech recognition and production, and were able to make complex tools. All this can be considered as indirect evidence that the Neanderthals had a communication system that enabled them to transfer knowledge from generation to generation. However, there is no convincing evidence that they had a language. The third part of the course explored the genetic foundations of the human language and the study of language evolution through the study of genes. Damian Blasi discussed the research of FoxP2, the “language gene”, which has long been thought to be responsible for human language ability. However, according to recent work, FoxP2 also shows a strong association with many other non-verbal cognitive skills, including the ability for logical reasoning and mathematical calculations. Thus, there seems to be no reason to consider FoxP2 a “speech gene”.

The final part of the course discussed experiments dealing with language evolution modeling. Many studies show that people do not only exhibit a tendency to structure disparate information, but often do it in a certain way, which can tell us something about the initial biases for certain linguistic configurations. A striking example of such an experiment is the apparent cross-modality preference for structures in which the description of the action follows the description of the object over which the action is performed (i.e., OV-structures) in non-verbal explanations. Another key topic of the final lecture was the interaction of “innate” biases and the input during the language evolution in individuals. 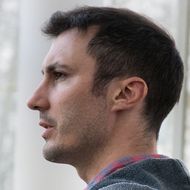