Book chapter
‘No way!’ Discourse formulae of disagreement in Russian and Eng-lish: a comparative study.
In press

CUNY Sentence Processing Conference is one of two major conferences dedicated to the production and perception of different grammatical phenomena at the sentence level. Major laboratories and research groups, as well as leading experts, take part in this conference and participate in discussions on the reports.

April 07, 2015
Topics
Research&Expertise
About
School of Linguistics
About persons 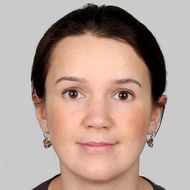